There are some industries where conferences occasionally take place on cruise ships, and mine is one of them. Back in 2003, my business partner and I decided to start a conference and we held an event on a Carnival cruise ship out of New York City to Halifax, Nova Scotia and back over June 24-28, 2004. We sailed on the Carnival Victory and the choice of destinations was strategic – there was another cruise conference in our industry that would sail out of Miami and lots of the people in attendance would spend their days getting sun and having drinks at the pool.

Since we wanted people to take part in the conference we decided to sail north to Canada, so that hanging out all day on the deck would be less appealing. The weather was really nice, but it did work to keep people at the conference with us. So the conference, which had a capacity of 230, had full rooms each of the days as we had educational sessions. That was a big plus.

But we found that the layout was a bit problematic. We were below the disco and our room had an opening up to the floor above. We were assured there would be no activities in the disco during our conference times.

Well, that wasn’t the case. There were regularly kid activities up there and we had lots of stomping and blasting music as we tried to conduct our event. At one point there was a very serious, dry presentation and it was continually interrupted by Britney Spears’ “Oops I Did It, Again” for 5 or so seconds at a time.

Also, we were told we’d have the space all to ourselves, but then onboard we found out it was not permitted to lock the doors, and random cruisers regularly peeked in to check things out. At one point an older gentleman sat right in front of a speaker and promptly fell asleep. We had to jostle him awake because he was a loud snorer.

There was also some sort of VR golf game in the back of our space and a constant parade of passengers went back and forth to play it.

But all in all, it was a really fun venue with amazing networking. Since we ate together for each meal and there were limited bars, everybody got to know each other better than when we would hold events in a big city. Each night the whole conference crowd would hang out together on the top deck and lots of business and friendships were made that continue to this day.

Unfortunately, lots of big companies didn’t want to send their employees, because they thought the idea of a business cruise was a boondoggle. It’s a shame they had that impression because I’ve never experienced better networking since we were all together in a confined area for five days and four nights.

While we really enjoyed it, there never was a second conference cruise for us, because of a lot of business factors, such as having to pay all of the money owed well in advance, spotty Internet (it was an event focused on e-Commerce), and the complexity of matching people up with strangers to be roommates for days.

But I loved it and have taken the same cruise two other times. 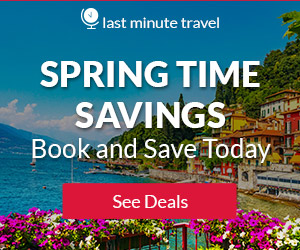